Lucifer’s Catacombs is both an exploration and celebration of music, as well as that of ancient cultures, cross-cultural mythology, history and nature and the inner-workings of the occult. From the mouths of two individuals who love their music hard, dark, and fast.

Find us on social media! 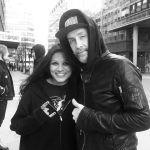 Prarthana Venunathan is an Indo-Aussie, vegan, heavy music addict, fluent in sarcasm and metal. She enjoys listening to different genres of music, with a special passion for being consumed by the extreme, the occult and the obscure.Travelling is an obsession, as she explores countries, enthralled by their history and culture while also following her favourite bands. She’s either eating, teaching grammar or learning an instrument, when not occupied with windmilling in the faces of other humans.

Prarthana also serves as the Band Manager for Newcastle based extreme metal band, Enviktas; works as a current Editor and Columnist at Heavy Mag Australia; Editor, Writer and Photographer at Metal Obsession; and as the Public Relations Coordinator at Orka Networks. Follow her shenanigans on her blog MetalMaami or her rants on Twitter! 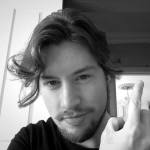 Jonathon Besanko is the current Senior Editor and Writer for Metal Obsession, one of Australia’s leading webzines for heavy metal, and has helped oversee and work on many aspects across his three-and-a-half year tenure. He is also a new and recent addition to the writing team for Heavy Mag Australia, where he maintains a regular column titled ‘Geeks In Metal’ – discussing fantasy literature, comic books, games and film in the metal world.

Jonathon is a life-long listener of rock and metal and is a passionate collector and lover of all things The Lord of the Rings and 20th Century Fox’s Alien and Predator movie franchises. In his spare time, he enjoys reading, watching movies (especially those from the fantasy/sci-fi genres), blasting metal, and working on his tentative debut epic fantasy novel. You can follow him on Twitter!